Have you
ever enslaved yourself? 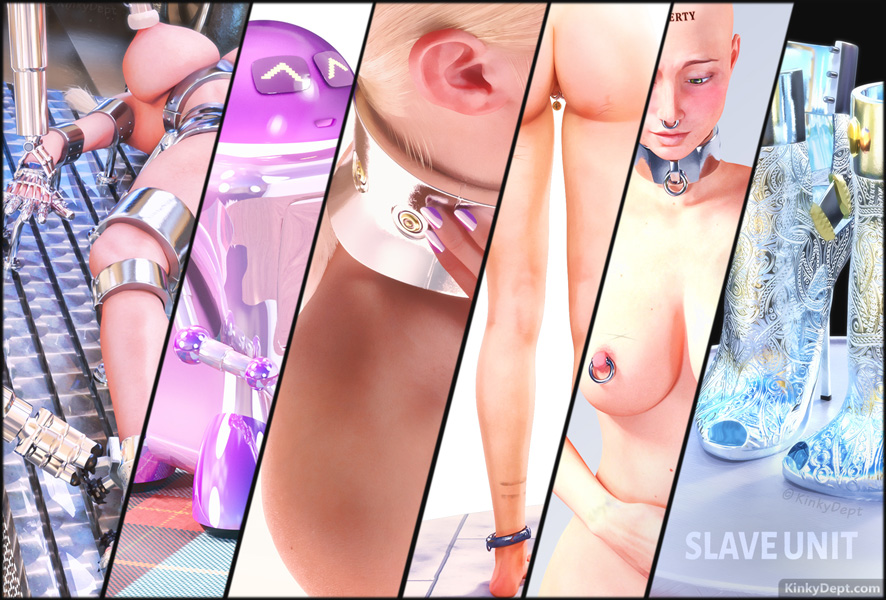 Part of the Planet XX Series

Bree, a freedwoman on Planet XX, bought herself an old automated enslavement chamber to realize her submissive dreams. If she can repair it, she’ll have full control over its ancient programs.

How far is she willing to go with her submissive tendencies, which programs will she pick, and will she commit to a full month of self-enslavement?

Born as a man, she always tried to fit-in in this matriarchal society. But now that she has completed her surgery, she has fully become a woman and doesn't have to hide her little secret any longer.

Meanwhile, she tries to live a  kinky life on this female-dominated planet. Though, her (childhood) girlfriend isn't very fond of it and has slavish problems of her own. Their relationship deepens as she's going on her journey, while her bratty (female) friend from work becomes more supportive and grows closer...

The full first Chapter (about her first test-run on the machine) can be read on my homepage.

Update v1.01
Contains minor grammar fixes and improvements for the first half of the story (after casually rereading it post-release).

Keep in mind that the main protagonist was born as a man and is now a (lesbian) woman—if that's not your flavor.

Also, the illustrations are complementary to the scenes in the story, and the action happens mostly in written form.

In order to deepen the submissive point-of-view, the main protagonist's face is never shown—only up to her nose ring. :p 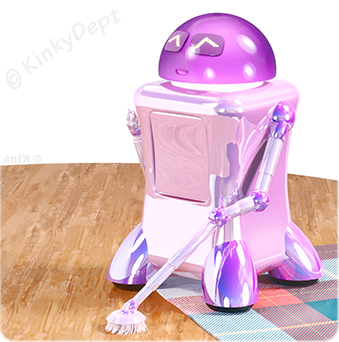 It's a lesbian setting with lesbian sex—Ok—mostly kinky sex. There are no other men in the story—typical Planet XX stuff really. Below, I'll provide you with a lot of detailed information to make a better informed decision. ;)

The story's severity ranges from:

What happens when? (--more SPOILERS--)

The story is mostly consensual and voluntary (though there are a few con-nonconsent and nonconsent moments).
In the beginning, Bree, the main protagonist just had her reassignment surgery done a few weeks ago (hefty breast enlargement, penis removal), but had already been castrated as a baby (due to the law) and had a female puberty (except for her little penis). But the first half is more about getting to know Bree, her unusual lesbian relationship with a real slave girl, and about having fun with her new body and machine.

At first, Bree only plays around with her new enslavement chamber (a fully functional automated dungeon) that's just adjacent to her living room and where her life as a freedwoman happens in contrast.

The first program she picks, after having a real slave collar consensually fused around her neck, is from the Steelmaid level 1 program. She locks some steep 5 1/2 inch steel heels from the maid program on her feet for a whole week. The program includes a daily dose of 2 hours of walking and forced orgasms—if she wants to or not (but she has agreed to it in advance); still very mild, considering.

At Ch.12, she finally finds the convictions to start her one month of self-enslavement. She picks different slave menus for each day and feels quite confident on Sunday evening (after her girlfriend had to leave again for work).

At Ch.13, Masochistic Monday, she's severely whipped and locked in a tiny box for hours; she has to impale herself on a thick steel pole standing in the middle of the room, lick up various fluids, but generally loves it, once its over at night—all considering.

On her Tuesday, Ch.14, things are turning non-consensual. Her lvl-1 Steelmaid program turns out to be lvl-5, and the fused collar forces her on the table. She receives a steel corset, ballet heels, neck brace, piercings, chastity belt, and permanently looses her hair; she looks now like a real slave girl.

Thursday, Ch.16, is her day as dog girl, though bald and chaste, she's enjoying her ordeal. As its part of the program, she even had to ask her friend to take her out for her walkie. More conditioning, dull dog food, cat litter box, and no talking for 24 hours.

Soon, it's Friday again and she's being put back inside her snug Steelmaid shell. Her slave girlfriend comes home at the weekend, sees her for the first time after her Tuesday transformation, but is very supportive. Sat+Sun are just chaste days, besides fun with the girlfriend, and only her bulging breasts need to be regularly milked.

After a full week's cycle ran its course, there's a jump forward in time to her 4th week of self-enslavement and a slow change has set in. Her friend has become more involved (consensually). And bratty as she is, likes to be the dominant. She assists her in her training (as a friend and play-mistress) but also pushes her on. That's when the servicing, public humiliation (as a dog girl and as a naked, bald slave), and foot worshipping starts, with lots of feeding under the table—and a good deal of breast milking...

And that's it. The end is not spoiled here :p - though check the full tag list below.

1.OIL CHECK
2.BECOMING ONE HUNDRED PERCENT XX
3.YOU WANNA SEE SOME  P U S S Y !?
4.HOME
5.WHAT'S A LESBIAN
6.GIRLFRIEND STUFF
7.GOOD AS NEW
8.PERHAPS IT MAY FIT
9.A BLUE MOON
10.A SLAVE’S WEEKEND
11.OOPSIE DAISY
12.THE THINGS WE'RE WILLING TO DO
13.MASOCHISTIC MONDAY
14.THE MAID COMES ON TUESDAY AND THE MAID COMES ON FRIDAY
15.HUMILIATION WEDNESDAY
16.DON’T BE A BITCH
17.FRIDAY ALREADY?
18. SATURDAY
19. SPECIAL TUESDAY
20. FOR OUR FANTASIES TO COME TRUE

It won't allow the PDF to open. Any advice?

EDIT: If you still don't get it to work, after having verified your purchase, I can send you the PDF per email, but I'm guessing it might be a software problem on your end?

I've checked it twice, and even re-downloaded it after upload: everything works.

Your PDF filesize should be around 12.7mb after unzipping? Can you open other pdf files?

PDF opens for me on macOS's Preview.app, Foxit PDF PhantomPDF on Windows and on Moon+ Reader on Android. Try to re-download archive.

Thank you, those apps allowed me to view it.

Why only black-background version? It would be nice to have white-background PDF version or (even-better) white-background EPUB3 version. It's not that layout is too complex and EPUB3 means it 's possible to read on non-10" tablets and change fonts.

They layout should be ideal to comfortably read on PC & tablet. I don't plan on making a phone-friendly EPUB due to all the inline artwork getting messed up. I read EPUBs with images and it would look more like 'Huckleberry Finn'—one big image per page—and it would reduce its overall quality with a simplified layout.


If there's more demand for a bright-white background version (for whatever reason) I might consider adding such a perverted edition (other's can comment here). Though, I had never imagined there was a demand for it as I personally very much dislike reading on white-background. 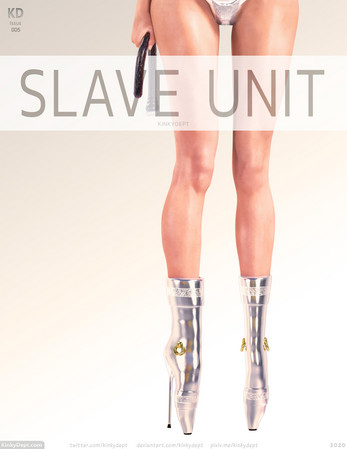 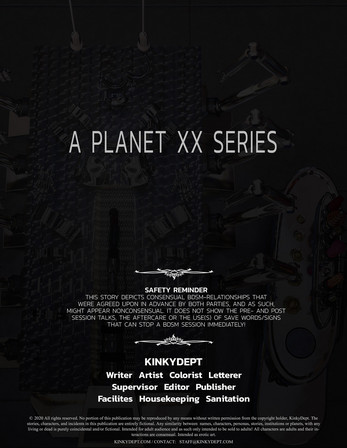 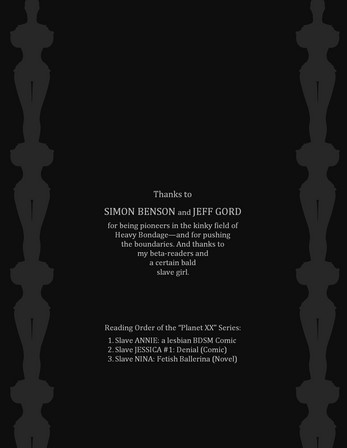 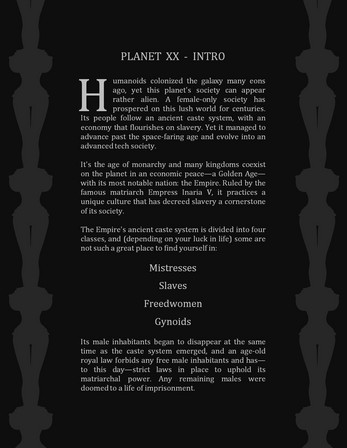 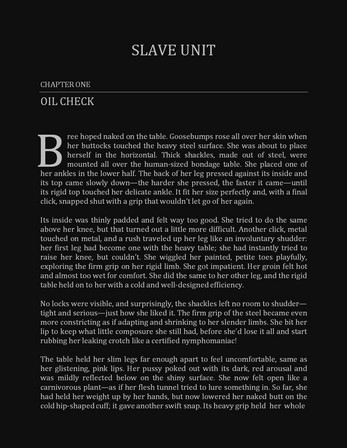 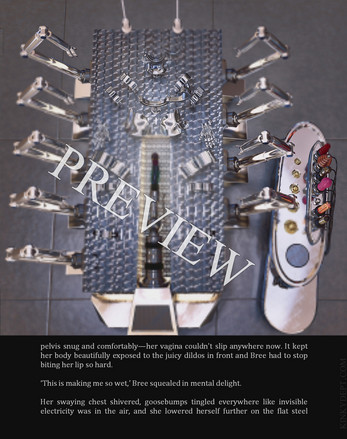 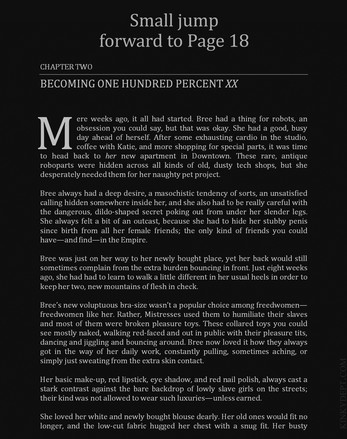 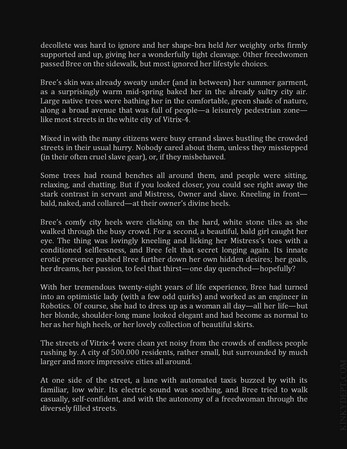 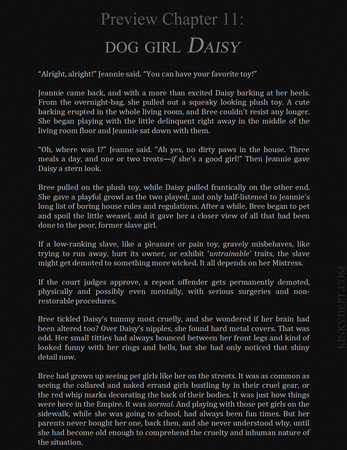 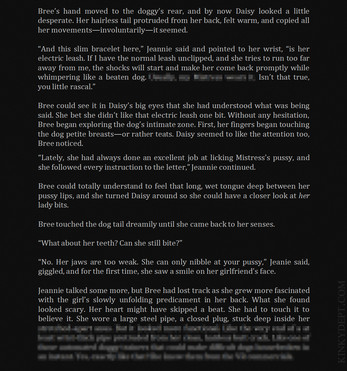 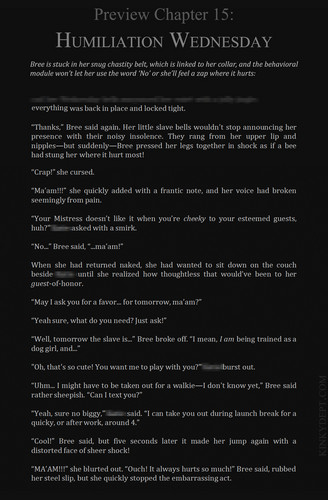